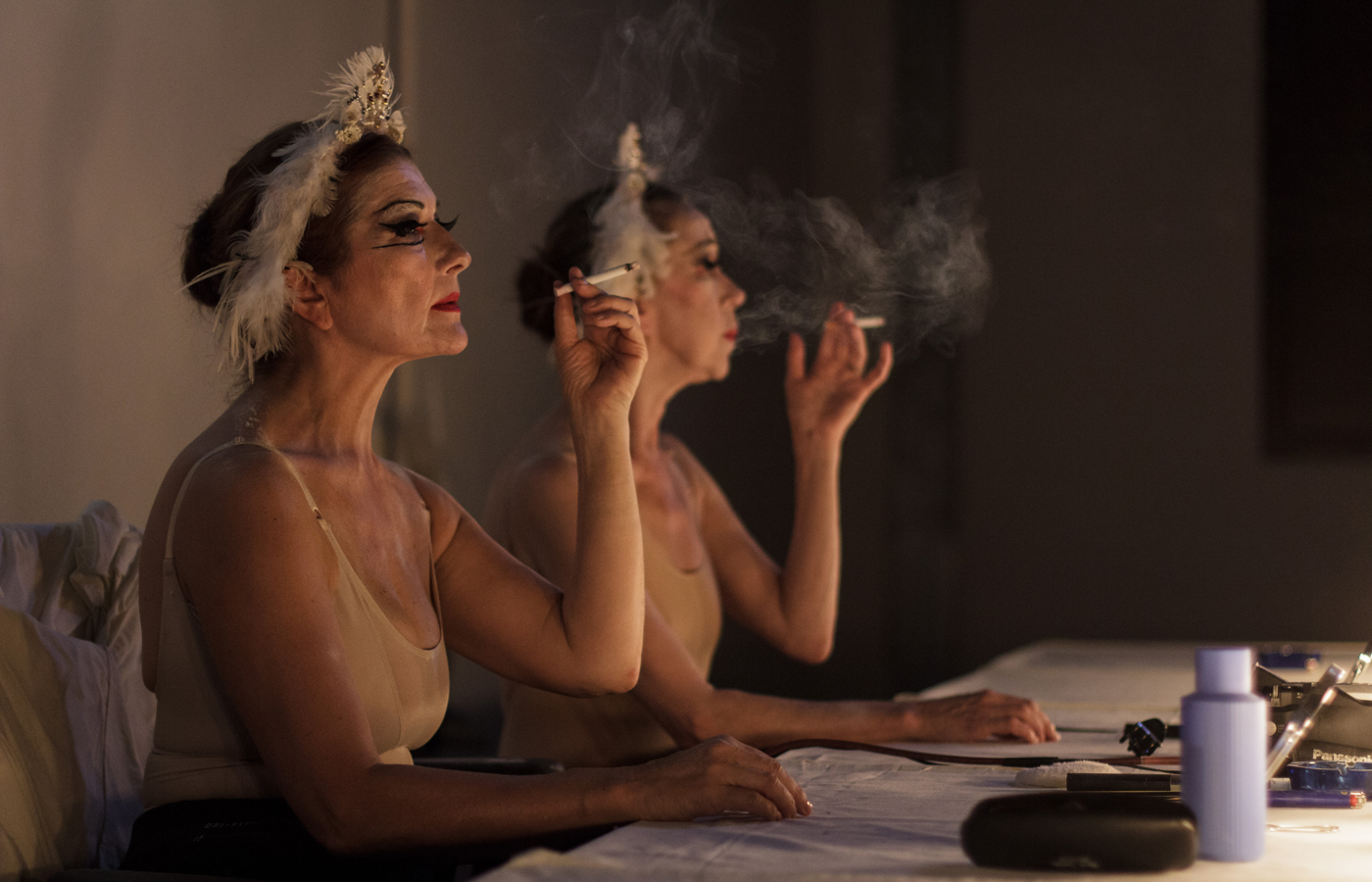 WHEN WE WERE BIRDS

How when we re-embody past learnt movement the mind opens up to forgotten events of the past. It is about what makes us human, in the sense of how, in movement memory itself, selfhood and identity is stored.

It overlaps personal memory with historical memory to explore, via the dancing body and its memory, how our sense of self is deeply tied into our embodied experience of the world (see video below). The Project involves the close collaboration of Anna Furse and Esther Linley, who shared an intense childhood/adolescent history together as Royal Ballet Scholarship students in the 1960’s. As we have reached our 60th birthdays this year, we reflect on and continue to discover, what lies buried and what can be ignited by a sound, a smell or even just looking into each other’s faces. We both stopped performing many years ago. By putting ourselves physically into the picture now, we are also reactivating those trained performer-instincts and remembering ourselves as women who once did things that people watched.

When We Were Birds began as a fascination with a story by Bruno Bettelheim in his famous analysis of the loss of self in a mass society based in his experience of the concentration camp Buchenwald, The Informed Heart:

Once a group of naked prisoners was about to enter the gas chamber […] the commanding SS officer learned that one of the women prisoners had been a dancer. So he ordered her to dance for him. She did and as she danced, she approached him, seized his gun, and shot him down. […] isn’t it probably that despite the grotesque setting in which she danced, dancing made her once again a person?

We have used this extreme trauma-incident to pose a central – and perhaps ultimately unanswerable in any absolute sense – question: what is actually going on at that moment when the body dances and the individual re-members herself? We have involved the contradictory disciplines for understanding the Mind – psychoanalysis and neuroscience – to help shed light on this matter. Research for the project has included with Cambridge Cognitive Neuroscientist Professor Nicola Clayton FRS and the pioneering psychotherapies addressing eating disorders and cultural commentator Susie Orbach who both appear in the performance video. The Bettelheim story has been a trigger from which to refer to our own shared and distinct memories to explore issues of identity, personhood, physical and psychological suffering and physical joy. We also explore the interstices between real and imagined memory, they way memories slip and slide, how different perspectives on the same event alter, how false and true the memories we hold and recall might ever be. As a background to this ‘psychophysical’ memory work is political history – world events of the 1960s – as a backdrop for our childhood memories growing up in the ivory tower of the ballet-world whilst in London the swinging sixties rocked.

‘Memories are produced out of experience and, in turn, reshape it. This implies that memory is
intrinsically linked to identity’
Paul Antze and Michael Lambeck, Tense Past: Cultural Essays in Trauma and Memory

When We Were Birds will tour and work in collaboration with Live Collision in 2014.

Memories are system properties, dynamic, dependent, for each of us, on our own unique individual history. What they absolutely are not is ‘stored’ in the brain in the way a computer stores a file. Biological memories are living meaning, not dead information.
Steven Rose The 21st Century Brain

The project is part of Goldsmiths’ new Centre of the Body, co-directed by Anna Furse who is Professor and Head of the Department of Theatre and Performance.

This performance premiered at the Cantieri Culturali Zisa, Palermo, July 2013.

INTERIORITY: REFLECTING ON THE INWARD GAZE

THE CENTRE OF THE BODY
Scroll to top