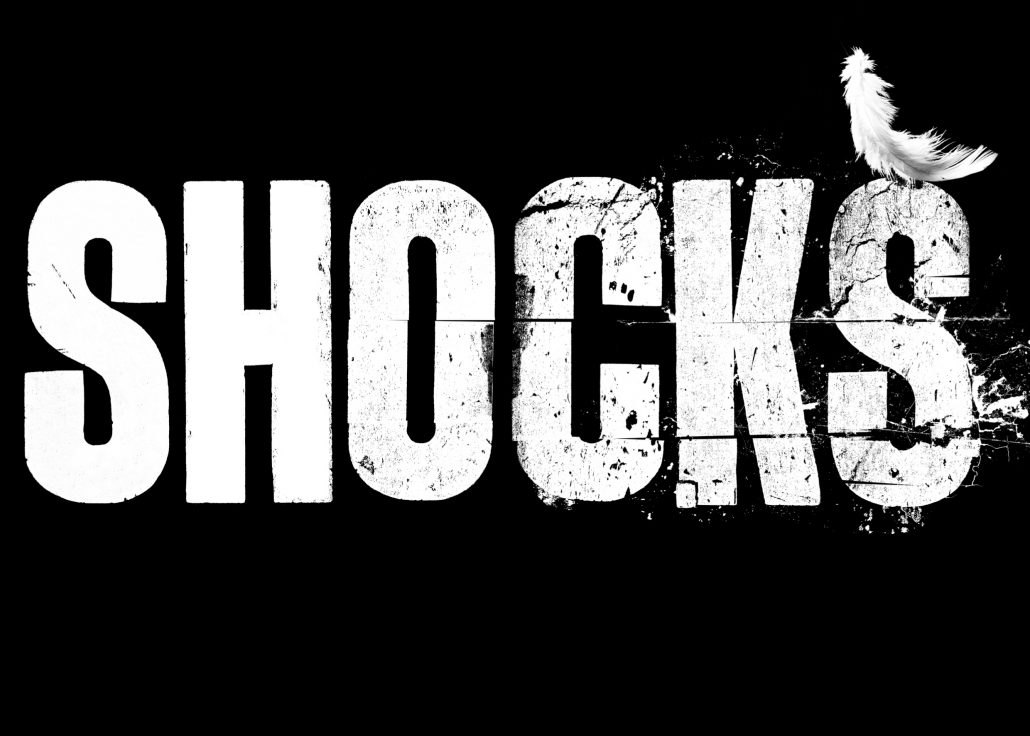 A theatrical requiem conceived, written and directed by Anna Furse.

Much has been written about World War One. The centenary of Armistice this November has brought this ‘war to end all wars’ once more into public consciousness particularly potently, through film and TV broadcasts, ceremony and cultural programmes.

Remembrance tends to be associated with a narrative of heroism and the inevitability of war. What I want to contribute to this arena is a challenge to the propaganda of such ‘inevitability’, giving voice to those who were mentally mutilated by the deep shocks and traumas of trench warfare. The many thousands of soldiers returning from battle suffering from hysteria (defined broadly as physical symptoms in response to trauma, but with no organic base), caused the British authorities some consternation. This epidemic proved a political and strategic challenge. How to distinguish the ‘shell-shocked’ from the ‘malingerer’? How to define ‘shell-shock’ itself? How to provide pensions for the mentally wounded? If these men were not ‘mad,’ then the asylum was not a fit place in which to heal them. Besides, how should they be healed? This was of prime importance, since one of the central purposes of the military medical professional at the time was to ‘fix’ the wounded so that they could swiftly return to a battlefield hungry for men since casualties were so high. It is in this context that we meet Wilfred Owen, a young officer who came to Craiglockhart suffering ‘shell-shock’. Here he encountered the poet Siegfried Sassoon. Owen wrote some of WW1’s most devastating poems about what he called ‘the pity of war’. Supposedly healed, he returned to serve in France, where he was killed in action, exactly one week before Armistice. One can only wonder at how his artistic revolt against the traumatic conditions of this appalling war was overcome by his determination to return, fatally, to duty.

Craiglockhart thus played a special, if temporary, part in WW1 history as a designated ‘shell-shock’ hospital, that Siegfried Sassoon called ‘Dottyville’. Among its forward thinking doctors was the celebrated William Halse Rivers, an anthropologist, neurologist, ethnologist and psychiatrist. Applying the then relatively new techniques of Freudian psychoanalysis, Rivers offered war-traumatised officers under his care, not shock treatment, but talking therapy. It is his Freudian concept of hysteria – as abreaction to trauma – that I wish to highlight in this performance, even though it was in fact his colleague Arthur John Brock who treated Owen. Along with this psychoanalytic approach to diagnosis and treatment come compelling questions such as how class and education affect the expression of extreme distress; and how hysteria itself, in any context, might be construed as a form of gender protest. For this perspective I remain indebted to my friend Elaine Showalter, whose writing on hysteria first led me on my path to investigate its many manifestations and specific dialects. If hysteria is not an organic condition, we must read its symptoms as a semaphore, a muscular and nervous dance that signifies dissent from what is behaviourally expected – in this case, of military manhood.

Finally, an acknowledgement of sources: the poems cited in the production are Newbolt (‘Vitae Lampada’), Kipling(‘If’) and, of course, finally, Owen’s (Strange Meeting) and the complete ‘Dulce et Decorum Est’, from which Ken Dempster has written his musical score, and that informed the structure of my text. The Doctor’s words are verbatim Rivers*, with some invention of my own, whilst I have taken poetic licence with creating the voice of the Officer: who might be Owen, but whose words are mostly my own, aside from Owen’s letter to his mother and his determination to write on ‘the pity of war’. The Private Soldier is my invention, based in historical accounts and archive. The character of Shocked, a shattered everyman, is physically based on the footage of the War Neuroses films of Netley Hospital (1917).

I am so very grateful to the Dean of the School of Arts and Creative Industries, Pauline Miller Judd, in her bold and generous decision to commission this work. It has been a unique opportunity to research ‘shell-shock’ more deeply, to collaborate with Ken Dempster on his original score, and with the performers Mathew Wernham and Diogo André, the students of Napier, and an interdisciplinary and inter-institutional creative team of artists and technicians in our attempt to bring to life the cause and condition of war trauma as manifest and understood at the time.

We dedicate this piece to Harry Farr (executed for shell shock in 1915, and whose wife Gertrude led the campaign to pardon the 306 British soldiers executed for ‘military crimes’, finally won in 2006), and to all war veterans today the world over who continue to suffer the stigma of mental illness in response to man-made atrocity.

“I’ve seen a lot of truly great theatre in my life but I can’t quite remember a moment like the closing of your production. The (small) audience sat in stunned silence. No-one wanted to break the moment by applauding. It was an extraordinary thing. Quite electric […]You made us look at the fragile beauty of the human form, of life itself. And the equally fragile beauty of the human heart. Your two principals cast some kind of spell over the room. I could say much more. I’m a journalist by trade and have seen quite a lot of war in my life. It has had a profound effect on me.  I think I thought that theatre couldn’t measure up to the emotional impact of the real thing. But your production chimed with something in my own heart I think.” 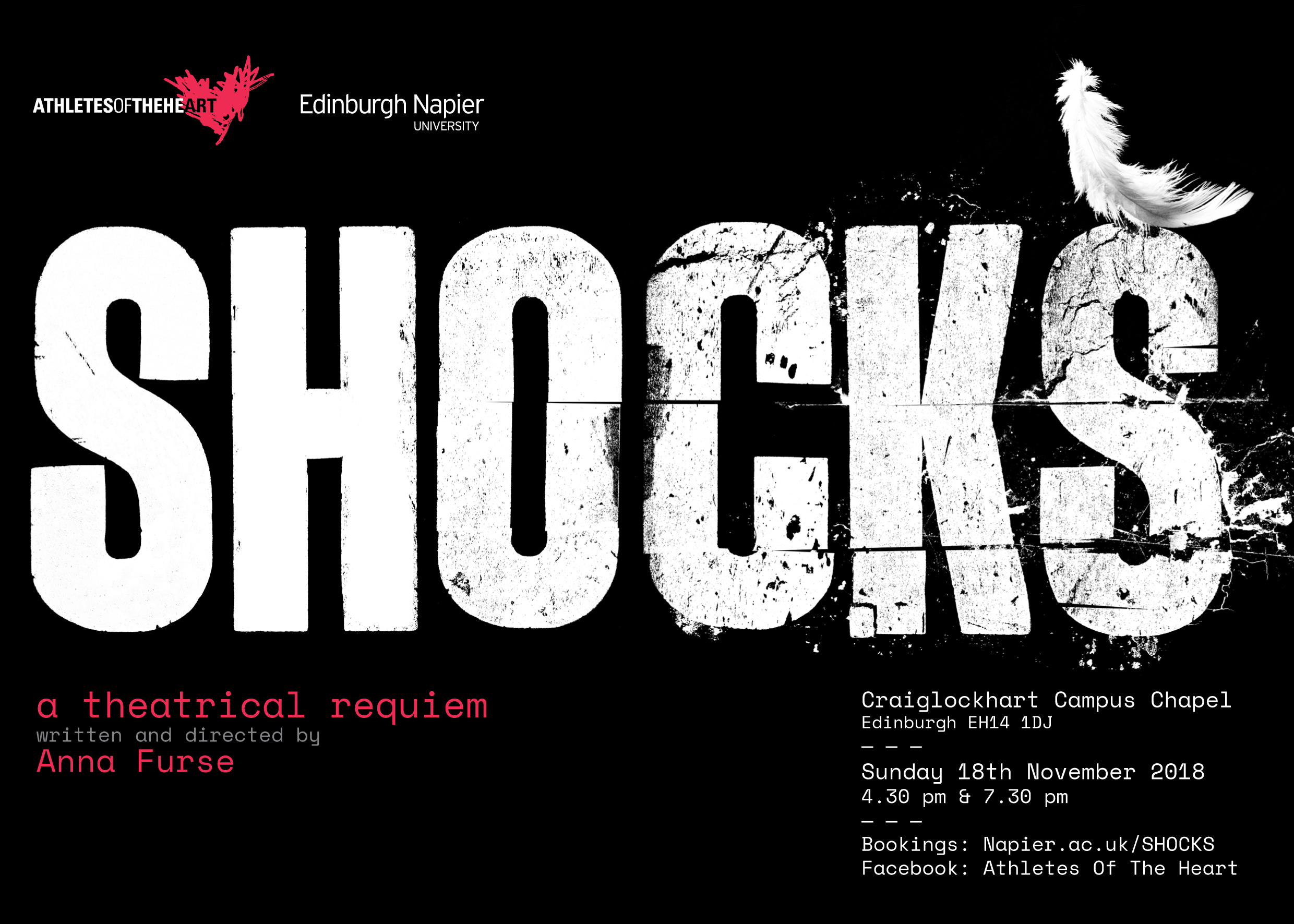 A production revival is planned for Armistice 2019.
For further information contact Live Collision

We are so grateful for the Craiglockhart Sycamore string quartet instruments, so kindly lent for our performance by Steve Burnett, local instrument maker and Environmentalist. His 5 instruments in total, made from the large branch of a sycamore tree that still grows here in the grounds of Craiglockhart, represent as Violins: the poets Wilfred Owen, Siegfried Sassoon & Robert Graves, the Viola representing the Matron of Craiglockhart, Maggie McBean, and The Rivers/Brock Cello, honouring the two Doctors who treated Sassoon & Owen. Steve considers these instruments a complete voice of a living tree for our fragile environment and for Peace, adding an important musical dimension to anti-War poetry.

With special thanks to the Imperial War Museum, The Wellcome Trust Library, Brenda McIlwraith, Kath Twaddell, Theatre Stuff, Cycle Scotland, Hands On and the Department of Theatre and Performance, Goldsmiths. We’d also like to thank the security, porters, engineers, Fiona at reception, and all other staff at Craiglockhart for all their help and support.

All photography with thanks to Nina Klaff

To The Moon And Back
Scroll to top